Economy Overview Transport and Communication In 2005-06, the transport and communication sector accounted for 5.4 per cent of GSP and represented about 6.9 per cent of total Territory employment. Transport-related activity accounted for about $415 million or 3.4 per cent of Territory GSP in 2005-06 and accounted for about 5.0 per cent of total Territory employment. Activities related to all modes of the transport industry in the Territory show no sign of slowing. The rail link is an increasingly important factor in growing export activity through the Port of Darwin, at which the scale and scope of facilities continue to improve. 2006 saw the start of annual shipments of LNG to Japan from the ConocoPhillips LNG processing and shiploading facilities at Wickham Point within Darwin Harbour. In 2007, the number of visits by passenger cruise ships is expected to increase and Tiger Airways and Qantas plan to increase their passenger capacity into and out of the Territory. The communications industry accounted for about $241 million or 2 per cent of Territory GSP in 2005-06 and for about 1 per cent of total Territory employment. Mobile phones are the product of choice for telephony in remote Indigenous communities. In 2006, Telstra launched the NextG mobile network which makes broadband mobile connectivity available to 49 Territory locations, 41 of which are in remote areas. During 2006, a new 150-staff national call centre began operations in Darwin and an existing 100-staff call centre was expanded. 0 200 400 600 800 1 000 97 98 99 00 01 02 03 04 05 06 Overseas in Overseas out Intrastate out Interstate out Interstate in Year ended June tonnes (000)Trade Through Port of Darwin Note: The large increase in Intrastate out in 2004-05 was armour rock used for the construction of the Bayu-Undan sub-sea gas pipeline Source: Department of Planning and Infrastructure, Darwin Port Corporation 2005-06 Annual Report 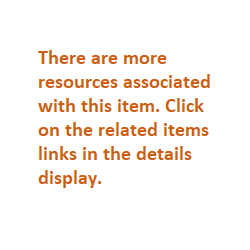